Call us to make an appointment 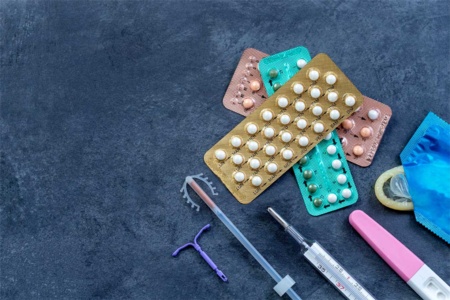 The doctor will discuss these options in detail with you to help decide which is most suitable for you. Special procedures ( fitting of Implanon, Intra-uterine coils such as the Mirena or Copper coils ) must be discussed in advance at an earlier consultation with the doctor. We can also advise regarding crisis pregnancy options.

Choosing a method of contraceptive involves a balance between:

Often just called ‘the pill’. It is more than 99% effective if used properly. The combined pill contains both oestrogen and progestogen hormone. This works by mainly by stopping ovulation. It is very popular. Different brands suit different people.

Used to be called the ‘mini-pill’. Contains just a progestogen hormone. More than 99% effective if used properly. Is commonly taken if the combined pill is not suitable. For example: breast-feeding women, smokers over the age of 35, and some women with migraine. Works mainly by causing a plug of mucus in the cervix that blocks sperm, and thinning of the uterus. May also stop ovulation.

These include male condoms, female condom, diaphragms, and caps. Prevents sperm entering the uterus. Male condoms are about 98% effective if used properly.

Contains a progestogen hormone which slowly releases into the body. More than 99% effective. Works by preventing ovulation and also has similar actions as the POP. An injection is needed every 8 - 12 weeks. Has the advantage of not having to remember to take pills.

An implant is a small device placed under the skin. It is inserted into the upper arm. Contains a progestogen hormone which slowly releases into the body. It is more than 99% effective. Works in a similar way to the contraceptive injection. Involves a small procedure under local anaesthetic. Each one lasts 3 years.

Otherwise called the intrauterine system( IUS ). A plastic device that contains a progestogen hormone is put into the uterus. The progestogen is released at a slow but constant rate. More than 99% effective. Works in a similar way to the POP.

We offer advice regarding the need and options for emergency contraception.

For further information on all contraceptive options please click on the link below: